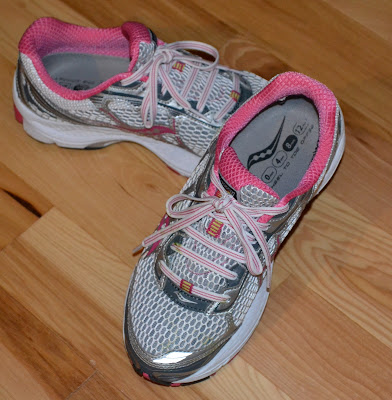 We're in the thick of summer vacation here. In fact, I'm panicking a bit about how quickly our summer vacation is disappearing. For the past few weeks, the kids have enjoyed lazy mornings, often staying in their PJs until well past noon, followed by swimming and reading and goofing around, not to mention our late night Scrabble tournaments.

(By the way--I remain undefeated. Woot woo! Who cares if I'm playing against a 7-year-old, an 11-year-old, and a man whose native language isn't English? I'll take victory any way I can get it.)

Today, though, the kids and I are back on schedule after a weekend of birthday celebrating and Father's Day sailing. Dressed by 8:25 a.m., we were off to zoo camp.

Zoo camp is a much anticipated summer event for our family. Kristen began zoo camp when she was 5, Michael when he was 4, and now my girl is among some of the oldest campers.

This year, though, she seemed a bit nervous. For the first time, the kids are attending zoo camp without a friend in tow. Zoo camp, always so easy and comfortable, now possesses an element of the unknown. Will the kids make new friends? Will they still enjoy the camp as much a prior years? Or, will there be sudden resistance tomorrow morning when forced to rise and get ready for Day Two of camp?

It's hard to foretell, but I'm afraid my girl is much like me--she doesn't like change. And for those of us who don't relish the unknown, she hasn't yet learned how to fake confidence to combat her shyness. (Michael doesn't worry me--his silliness helps him adapt easily to most new experiences.)

She'll learn this trick eventually. But until then, I can only hold my breath, kiss her goodbye, and hope she finds a kindred spirit who loves animals.

The kids aren't the only ones, though, testing new waters. Today, I'm sitting at a picnic table in the park by the zoo, listening to Gibbons' calls, trying to recuperate from my endeavor to get fit.

Last week, I began the "C25K" program--better know as "Couch to 5K." I'm determined to get back in some semblance of shape. It's tough. Honestly, I never had to think twice about what I ate when I was young.  Plus, exercise was a way of life--hiking, walking, biking, dancing, chasing toddlers.

But age and life have a way of taking a toll on a body. When my parents became ill and my sisters and I helped with their care, our meals consisted of a lot of take out. Hours of driving, sitting, waiting. Very little physical activity, but high doses of emotional exhaustion.

And then, in the years since my mom's death, I somehow couldn't find the energy to focus on fitness. It seemed too self-indulgent, somehow, after being an often absent mom and wife. I threw all of my extra time and effort into my business, made the traditional excuses for not having time to exercise, and continued to feel like crap.

Honestly, I think my excuses were a means of self-preservation. I was afraid to spend an hour a day alone with my thoughts. I didn't want time to think about my parents' illnesses, their deaths, the ugliness my sisters and I endured from a nasty relative. By staying busy with the kids and work, I didn't have time to think. Or dwell. Or mourn.

If I started exercising, though, I knew I'd be alone with my overact brain.  And it scared me.

I'm not a joiner. I shy away from exercise classes, group runs. I don't even like to exercise with Peter. I'm so adverse to exercising with others that I was one of those stupid college girls who, when I did think to exercise, ran through not-great neighborhoods surrounding the campus. Alone. At night. Very, very stupid.

But now, when it takes a full minute to get off the ground when pulling weeds, when knees and backs ache and it's tough to get out of bed, when running after the kids is futile, because they're so quick and agile and energized...

Now, it's time to embrace the old ad I used to have hanging over my computer at my second post-college job:

A brilliant ad campaign. It still resonates with me decades later. I always wished I was the copywriter on that creative team.

So, I'm trying. It's an ugly sight. I run, pant like a dog while I walk to recover, run again. Today's my third workout in the "C25K" program, and it's the first time I haven't run in the comfort of my neighborhood, where I know that two loops through the subdivision equal 3.1 miles.

Today, I joined the runners and cyclists and dog walkers and moms pushing baby strollers and completed my unattractive run/walk/limp/gasp/hobble workout. In public. At the busy park adjacent to the zoo, where the kids are tackling their own anxieties.

I hope the same is true for my girl. 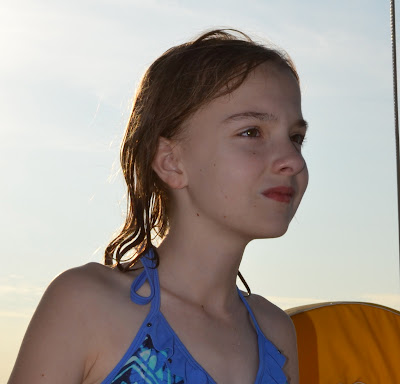 A Place for Peace.

Tucked into a rough section of West Asheville is a respite for neighborhood children. A safe zone to explore.…

How Does Your Garden Grow?

Ah, June...that lovely month when gardens burst with blossoms. School's out. My harried preparations for the Carolina Farm…