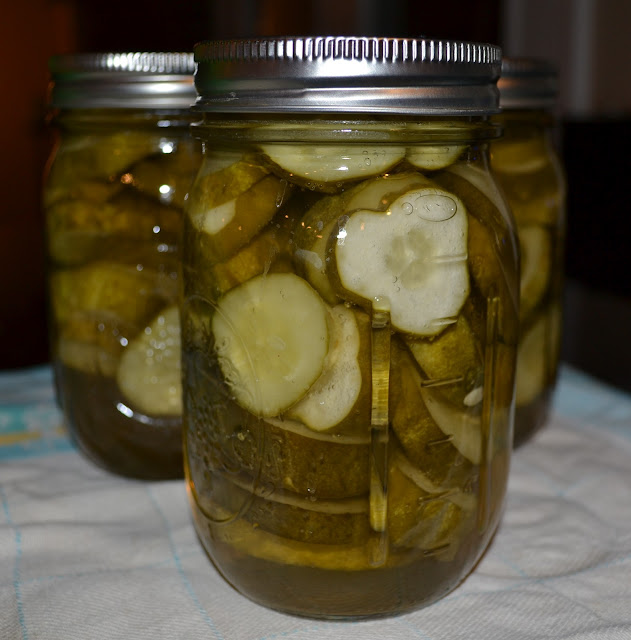 When I was a child, I liked pickles. A lot. Spears, chips, and even an occasional huge, whole pickle topped my list of great veggies to eat.

Actually, I don't think I knew that they belonged to the veggie portion of the food pyramid. If someone told me that a pickle began its journey as a vegetable, I'm sure I wouldn't have tried it.

As the last child of the family, my parents forced few vegetables on me. My veggie repertoire consisted of iceberg lettuce and sweet corn, which barely register as vegetables. And, unknowingly, I ate cucumbers...but only pickled cucumbers.

Let's be clear—my pickles were dill. Only dill. No deviation. To me, there was nothing worse than biting into a pickle...and finding it was sweet.

Oddly, as I grew older, I usually ignored pickles. I'm not sure why. I like them. I do. I just didn't think much about them.

And then we had Mikey.

Mikey is our pickle boy.

Whenever we eat out and pickles accompany the meal, we all donate the spears to Mikey.

It's not unusual to find three pickles lined up on his plate.

Unlike me, though, Mikey knows how pickles originate. He's seen the vines in the garden and helped me harvest the cucumbers. Plus, he actually likes cucumbers.--straight up, fresh-from-the-vine cucumbers. It's one of the few foods he'll eat. 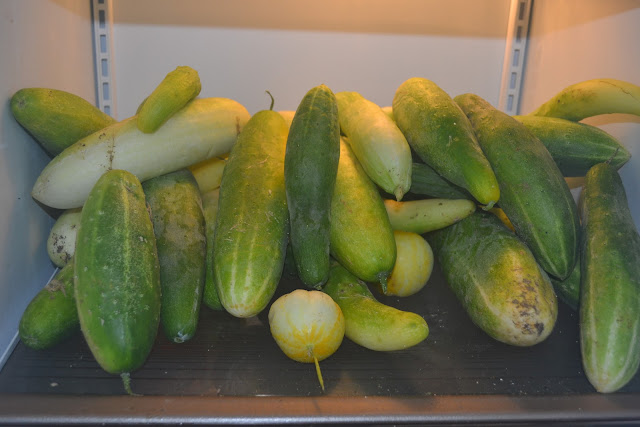 This summer, when our cucumbers piled high in the refrigerator, and we wondered what to do with them all, I told him we'd try to make pickles.

But then life happened, and our pickle project was forgotten.

Now, as our summer garden is winding down and the cucumbers are slowing, I realized I never made pickles for Mikey.

Tonight, armed with my handy

Honestly, it was ridiculously easy. Why have I feared canning all of these years?

For Day 4 of “31 Days of Garden Delights,” I'm sharing a recipe adapted from

Wash cucumbers. In a large saucepan, combine sugar, salt, vinegar, and water. Tie spices in a spice bag and add to vinegar mixture. (Note: I didn't have a spice bag. I added the spices directly into the liquid, then removed them with a sieve when done heating.) Simmer for 15 minutes. 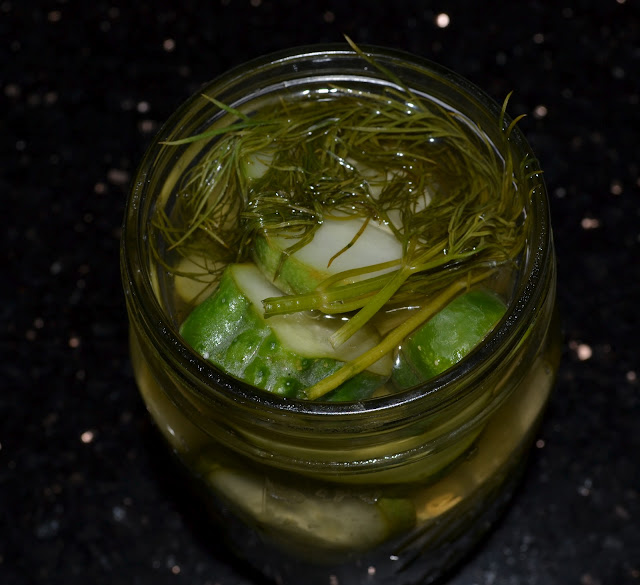 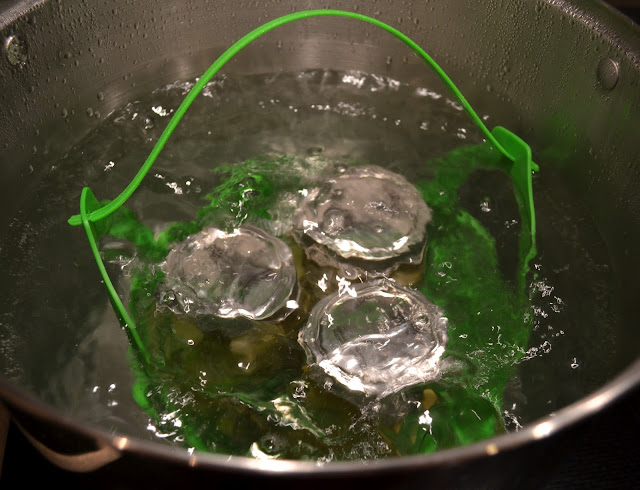 It's so simple. Remind me—why was I so paranoid about canning?

The jars are cooling on the counter, and my little pickle eater is asleep.

When we have our pickle tasting, I'll let you know the reaction of our pickle connoisseur.

He is, after all, named Mikey.

And like the famous Mikey of years' past, he might not eat it, because he (usually) hates everything.

Hope you enjoy your Garden Delights!

Thank goodness for Japanese anemones. Without them, our poor tired garden would be nearly bloom-less. Instead, our garden bursts…

Today, while racing to the car to chauffeur the kids to riding lessons, an unexpected visitor arrived: Although the…